There is so much negative news out there (“if it bleeds, it leads”), some of us have chosen to stop reading/watching the news entirely.

Every Tuesday I’ll highlight an article I find that focuses on GOOD news. This column is called Good News Tuesday.

This week’s entry comes from journalist, Alexandra Gekas and reprinted on Mother Nature Network from WomansDay.com. 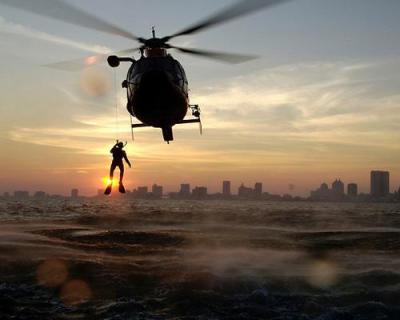 Some may argue that social networking tools such as Twitter and Facebook are a waste of time, why others

consider them to be innocent fun. But there are a few who would say these innovations are so much more. For example, one woman saved her friend from home invaders after seeing a plea for help on Facebook, while another was rescued by emergency personnel after tweeting for help when she was injured and lost in the woods. Learn about seven real-life cases in which a tweet, a status update or an application was a lifesaver.

In March 2009, 29-year-olds Rob Williams and Jason Tavaria went on a ski trip in the Swiss Alps and became separated from their group during a snowstorm. A member of their team used Twitter to get phone numbers for the missing snowboarders. Tavaria was contacted on his mobile phone and used his Google Maps application to send rescuers the longitude and latitude of his location. Unfortunately, Williams had fallen down a 66-foot cliff and did not survive.

While competing in a July 2010 mini-triathlon, 36-year-old Leigh Fazzina was separated from the pack when her front bike wheel hit tree roots and she flew over the handlebars. Lost, injured and unable to walk, she tried calling for help on her phone but didn’t have a strong enough signal to dial out. The athlete then tweeted: “I’ve had a serious injury and NEED Help! Can someone please call Winding Trails in Farmington, CT tell them I’m stuck bike crash in woods.” According to rescuers, at least six people called them, and within minutes ambulances were dispatched to help her.

In the spring of 2009, a 16-year-old in Britain logged on to Facebook late one night and sent a private message that he was going to harm himself to a friend in the United States. Even though she was 3,400 miles away, the girl told her mother, who called local police. The British Embassy was contacted, authorities narrowed the search to eight addresses in Oxfordshire and rescuers eventually found the troubled teen. Though he had overdosed on drugs, the young man was still conscious and made a full recovery after treatment in the hospital.

Dave Cormier and Bonnie Stewart were on a hike with their young daughter in New Brunswick, Canada, and saw her eat some berries they didn’t recognize. When they couldn’t identify the berry using the Internet, they posted a photo of the berry on Twitter after Poison Control informed them they would not be able to view the digital photo themselves. Thanks to a response via Twitter, they were able to identify the berry (which didn’t end up being fatal when ingested) and were better able to inform hospital staff when they arrived via ambulance.

Twenty-two-month-old Iona Stratton had been fighting infant acute lymphoblastic leukemia since soon after her birth, but because of her half-Chinese, half-English background, her family couldn’t find a bone marrow donor to match her rare type. In October 2008, after her parents made an appeal on Facebook, more than 5,500 people around the world signed up and, eventually, a match was found in Australia. Tragically, two weeks after the operation, the toddler died due to complications.

In January 2010, when a massive earthquake hit Haiti, Colorado Springs native Dan Woolley was trapped under the rubble of the Hotel Montana in Port-au-Prince. After losing his glasses in the quake, he used the focusing light from his iPhone’s camera to find a safe place to relocate to. Then, he used an iPhone application to diagnose and treat his injuries. Finally, he used the phone’s alarm clock to keep him awake in case he was going into shock. He was eventually rescued, after spending 65 hours in the hotel’s elevator shaft.

Before bed one night, Tina Case was on Facebook when she read this post from a friend 40 miles away: “If anyone is up, PLEASE call 911 for me! My phone isn’t working and I think someone is in my house!!!” After trying her friend’s home phone with no luck, Case called 911. When police verified the emergency and discovered her friend’s phone lines were dead, they sent officers to the house. Her friend was OK and authorities later said the appearance of police may have thwarted the intruders.

So tell me, what are your thoughts on social media?