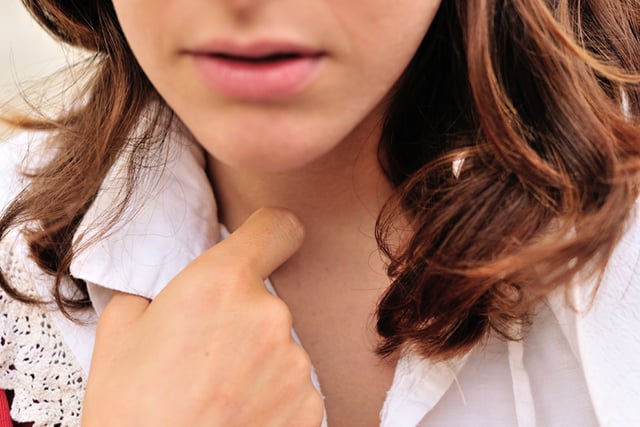 My poor mother.  She had no idea what she was getting when I popped out.

Long after my stripping career was over, I had a conversation with mom on the telephone. I was in tears, coming clean – finally – declaring my life long struggle with drug addiction.

“Oh no no no dear, you’re not an addict, you just have an addictive personality”, she assured.

I was calling collect on a payphone from rehab.

We shared a laugh. Mine was directly at her denial (lovingly), and hers was nervous and self-assuring.  It was at that exact moment when I realized – my mom may never accept the truth about her youngest daughter, and I needed to be okay with it.

We are not responsible for anybody’s thoughts or reactions (or happiness) but our own. – Rehab 101

It took years for me to confess my stripping world to mom. That it started at 19 years old, being an insecure, bright-eyed contestant in a local wet t-shirt contest. That I enjoyed the power of it all. How it started out filling me up with validation; each dollar bill, a wave of the magic beauty wand. And somehow along the near ten-year road of my six-inch stilettos working the thick blinking Plexiglass, my choices betrayed me. That I was – am – a drug addict; a cliché in every sense of the word.

Mom would eventually learn all those things, but it would take me writing a book about my story for her to fully grasp the timeline of my demise. How her bubbly, buck-toothed drama queen who lived in roller skates and rainbow-colored leotards could morph into a shell of her former self. Snorting lines of blow and bending over naked for money, how a 28-year-old burn out would eventually lock her lifeless eyes with herself in the dressing room mirror – confessing out loud – I think you’re done.

To the outside world I was unapologetic and brash. But underneath the audacious bravado, lived a little girl still wanting to make her mama proud. Knowing my career choice didn’t cater to this cause, I protected her from the truth for as long as I could.

For years I kept my secret hidden (easy, with people who don’t want to see the truth). In her trusting naivety, mom believed I worked the flower circuit. I was a delight in her eyes, selling roses to love-struck tourists dining in five-star restaurants in Waikiki.

When I finally confessed to the ruse, mom began to cry. She blamed herself, and part of me was glad. The other part quickly played defence, wanting to pacify her pain.

“Geeez mom, it’s not like I’m totally naked!” This was a lie. Waikiki strippers were fully nude, but in my twenty-five year old mind, I thought serving her a half truth of “I’m just topless”, would somehow diminish the blow.

“Women in Europe are topless on the beach!” Even as I said the words, I knew my argument was ridiculous. I can’t imagine any mother of a stripper not suffocating on: where did I go wrong? – but that’s not my tale to share. My story is my own. The details of my mother’s struggles and missteps aren’t mine to unload or exploit.

It would have been easy to point my french-manicured acrylics at my mother all those years ago during my stripper confession. But blaming her for my self-destruction would’ve been like faulting the waiter for the jalapeno salsa that scorched my mouth. I may have had an idea of what I was getting into as I ordered, but the dish was just too tempting at the time.

Here’s the part where you tell me: Do you have any secrets you kept (or are still keeping) from your mom?

16 thoughts on “Does your mother know: confessions of a stripper”