Let me start by saying that although my tag line states that I’m in recovery from narcissism, the term is a very tongue-in-cheek way of saying I’m a recovering addict.

Addicts are narcissists in our own delightful way – in that when we’re using – it’s all about us. Hopefully, after we pull our heads out of our ass, this darling trait dissipates and a much more level-headed, compassionate and thoughtful person emerges.

Now that we’ve gotten that out of the way, the purpose of this post isn’t to gab about my addiction or recovery from drugs. I’d like to shed some light on something I’ve been working through after a recent personal heart-wrenching experience I really brought on myself. Again. Familiar heartache induced by my own denial that somehow, if I were enough – my prince charming would change.

As I alluded to in yesterday’s post, thoughts of:  I’m old enough to know better! creep in whenever  I trip myself up, having not learned the valuable lessons the universe keeps trying to teach me. I can’t seem to get a clue. Or worse, I know exactly what I’m getting into (when I relapse, date an emotionally unavailable man…), but my “fuck it” switch is on – and I don’t care how much pain I’m serving myself on the back end.

You don’t need to be an addict to date the wrong person. And by wrong – I mean to say – a person who is not in a place to open their hearts to you because they have work to do on themselves. We’ve all been there. Maybe the chemistry is too strong, they’re so much fun, or they live right up the street and it’s too convenient NOT to date them. Whatever the reason, we dive head first.

Fast forward to the moment we realize – somewhere between the snorting laughter and multiple orgasms, we’ve slipped. Our world is smaller. We become obsessed. Every thought, action and daydream is about how we can serve our love. Our friends tread lightly, showing us the obvious red flags, but they know we’re in too deep. 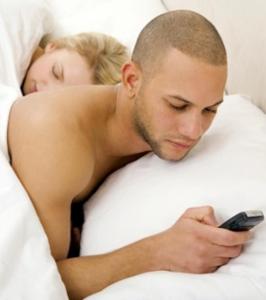 Not every person we’ve dated who was clearly wrong for us is a narcissist, but check out these basic characteristics and see if any ring true:

This list sums up just about every man I’ve ever been involved with.

There’s a catch-22 with dating a narcissist – or even someone who isn’t diagnosed, but just has some narcissistic traits – they’re so much fun and charismatic, it’s hard to see underneath it all – that they are manipulating our hearts to serve their hungry ego.

To be fair – the last man I dated isn’t a monster. Far from it actually. If anything, we’re so much alike in terms of our personal history and struggles. He used to tell me I was the female version of him and I beamed with pride. The issue isn’t how much of an asshole a narcissist is (my guy was actually quite dear), it’s that they don’t realize what pain their behaviour causes because they are so wrapped up in their own turmoil.

These people aren’t evil. Like every human being, they have a story. They didn’t wake up one day and decide to manipulate, lie to and cheat on the people they are closest to. They’re protecting themselves against what they fear the most – intimacy, abandonment, heartache. Reasons aren’t excuses, though – so even when knowing our partner doesn’t mean to – it doesn’t make our staying with them (and putting up with disrespect) okay. At some point, we need to take personal responsibility.

I remember early in our relationship, I was invited to meet he and his friends for drinks. When I arrived, I met them – all female – and already knew he had a sexual history (and current status) with at least one of them. I held my cool, and at the end of the night as he walked me to my car, I hugged him and told him I wasn’t going to be part of his harem.

On the drive home, I felt proud. I finally held my ground and stood up for myself with a man I was dating.

Three days later he was in my bed.

As much as I knew deep down he wasn’t available for anything serious, I listened to his confessions of love and adoration over and over again, trying to ignore the constant texts from numerous women at all hours. I knew he was still meeting women via on-line dating sites, sleeping with others. I still stayed. 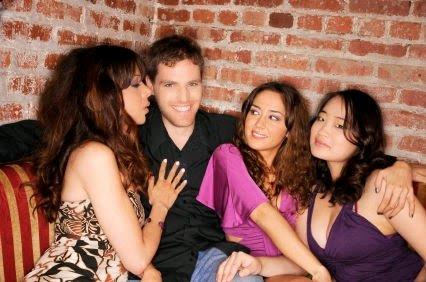 So why, after knowing all of this did I fall from my self-esteem soap box? It’s easy, when you’re co-dependent and struggle with feeling ‘not enough’. We think “If I’m pretty, skinny, sexy, funny, smart enough – more than any of the others – he will pick me.”

After a few months, my insides began to turn. I finally realized I was manipulating myself as much as anyone.

After meeting a lovely woman he invited to join us for drinks, I got the wake up call I needed. When he left for the mens room, his new lady friend asked if he and I were dating and she was floored to learn we were still lovers. She shared with me how he was texting her daily and flirting with her – and that she was thinking they were on the threshold of dating. She was me, six months ago.

It’s been a few weeks since having any contact with my ex. I don’t harbor any resentment or blame with him, and I hope we can circle back and reconnect one day. I’d be a liar if I said I didn’t miss him – but what I don’t miss is the feeling of being in a competition with his other harem members. I don’t miss the needy, insecure person I was turning into, who I’ve fought so hard – for so many years to change.

For some, standing up for ourselves and never settling for disrespect is natural. Then there are people like me, who are still learning to believe we are worth so much more than what we’ve ever allowed ourselves to feel.

Sometimes holding on give us strength. But when it comes to dating a narcissist or someone with narcissistic traits, we only get stronger when finally get real with ourselves. We need to let go of the belief they can be serious dating partners.

*How did I leave his Harem? For my personal break-up story, read HERE.

14 thoughts on “A Narcissist’s Harem: Are you in one?”